What do you think? Working for you!

We’ve had an eventful summer working for you. Now that Parliament is back, I’d like to share some highlights from the last few months, tell you what’s coming up, and invite you to engage in this important work. 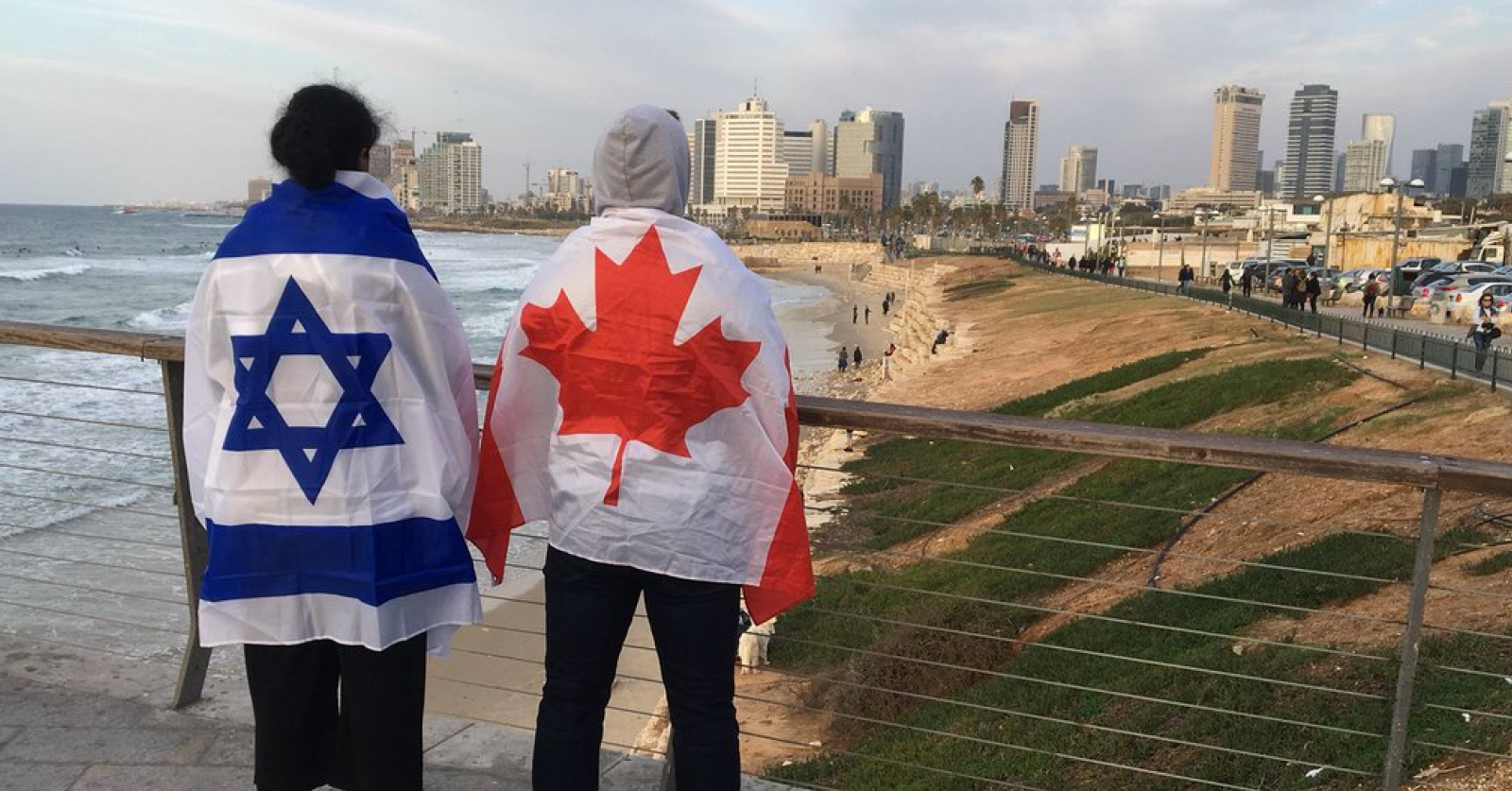 Let’s start with the busy summer that was. We took two missions to Israel that included senior political staff and six Members of Parliament. Missions remain the single-most effective way to explain the central role Israel plays in Jewish life, the democratic values Israelis share with Canadians, and the myriad of challenges facing Israelis. Once Canadians breathe the Jerusalem air, they are forever changed. Remember your first trip to Israel? 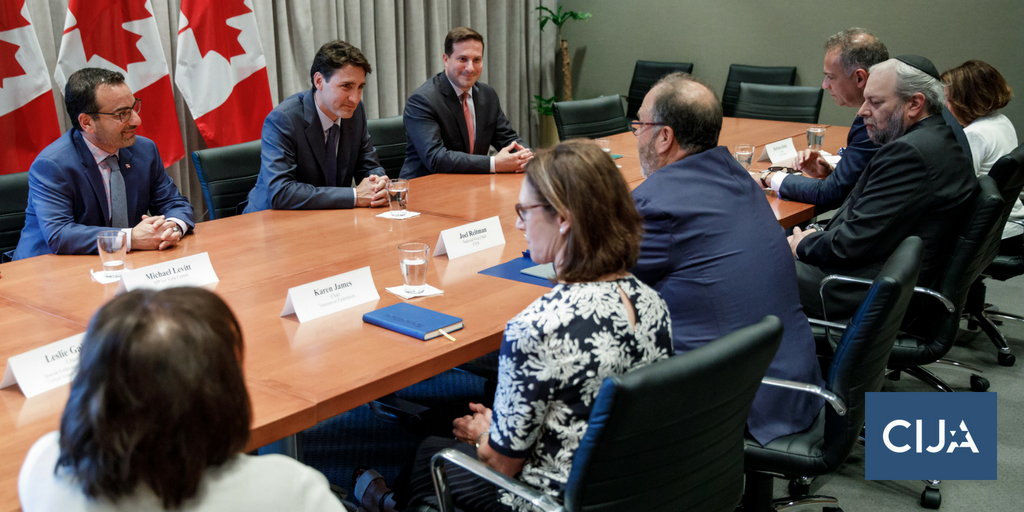 In July, CIJA representatives, including a delegation of lay leaders from across the country and staff, met with Prime Minister Trudeau to discuss Hamas and the central role that the terrorist group plays in the border violence and the heartbreaking situation in Gaza. The discussion was frank, constructive, and encouraging.

Later in July, Canada was one of five countries to support an Israeli amendment to the text of a United Nations Economic and Social Council resolution. The amendment, which failed to pass, called on Hamas to release Israeli captives and the bodies of its soldiers held in Gaza. Canada later voted against the broader anti-Israel resolution.

In August, CIJA welcomed the adoption of a resolution at the Conservative Party convention in Halifax recognizing Jerusalem as the capital of Israel and advocating the move of Canada’s embassy to that city. Our team at the convention was overwhelmed by the many signs of admiration for Israel shown by delegates from across the country.

As a non-partisan organization, our goal is to work with elected officials from across the political spectrum to advance issues important to our community. Building on last year’s success, in partnership with our affiliate the Canadian Rabbinic Caucus (CRC), CIJA coordinated a series of exclusive Rosh Hashanah telephone briefings for members of the CRC with federal party leaders Jagmeet Singh, Andrew Scheer and Prime Minister Justin Trudeau.

During the call, the Prime Minister announced the date of the apology for the St. Louis incident, scheduled in the House of Commons on November 7th – the week of the 80th anniversary of Kristallnacht.

Speaking of Rosh Hashanah, in the hours leading up that holy day, we were presented with a dark cloud that quickly developed a silver lining. A notorious anti-Israel activist employed a tired antisemitic trope to attack two Canadian Jewish parliamentarians. We were shocked, and we called him on it. Our unequivocal response was especially important given his role as Board Chair of an organization that, while purporting to promote peace, calls for boycotts of Israel.

The positive messages that followed from all federal party leaders and numerous elected officials reminded us that, despite the very real challenge posed by antisemitism, Canada remains a great country in which to be Jewish (or any minority for that matter). Read CIJA CEO Shimon Fogel’s pre-Rosh Hashanah note on the subject here. 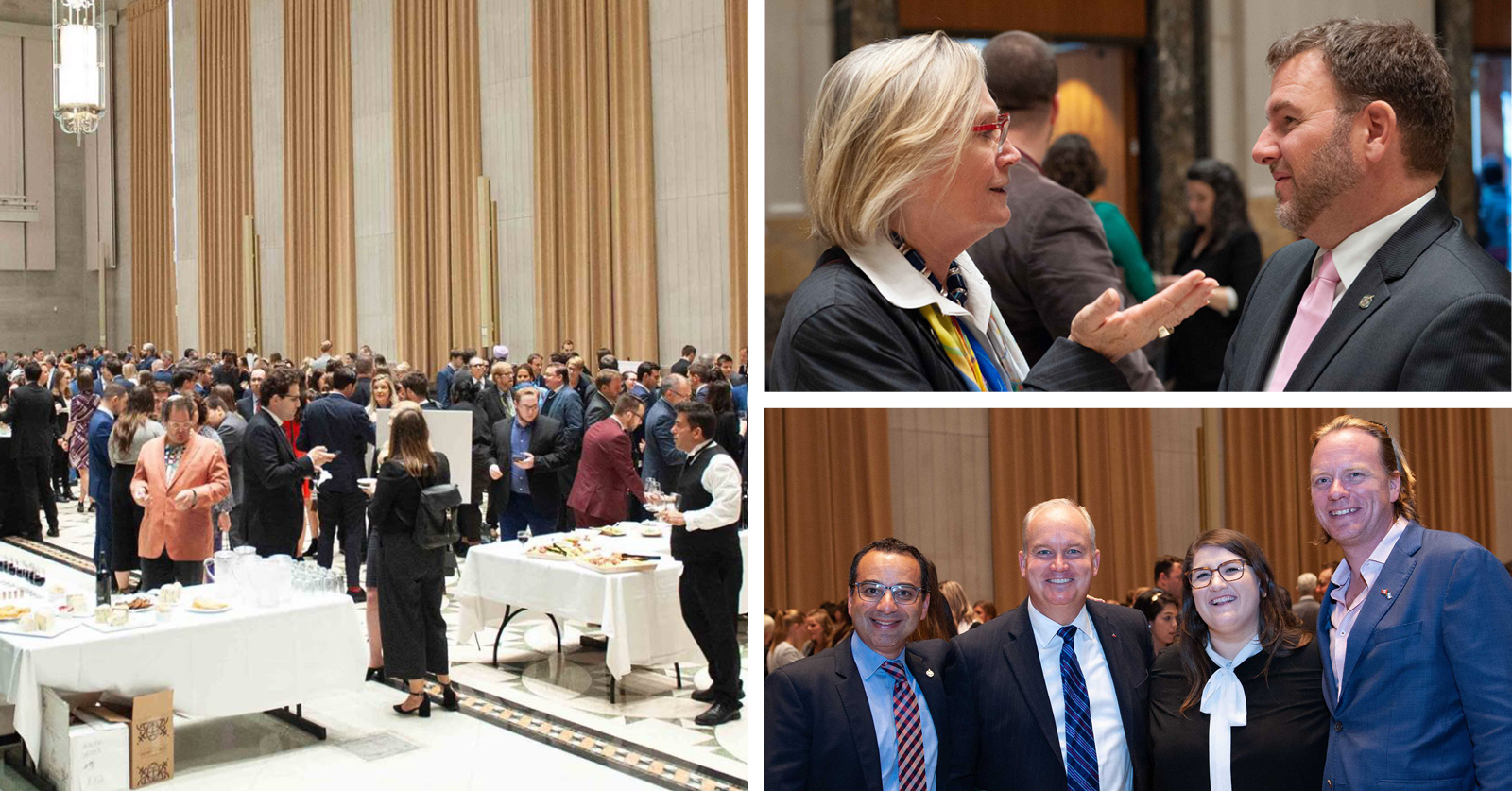 And finally, to get the fall session rolling, we organized a lobby day for Jewish community leaders from coast to coast who spent September 26th on Parliament Hill speaking with elected officials of all political stripes. For more information on some of the issues we raised, see the What are we working on this session? section below! Meetings like these, organized by CIJA, are just one of the reasons CIJA CEO Shimon Fogel was once again named by the iconic newspaper The Hill Times as one of Canada’s Top 100 lobbyists.

Later that evening, we hosted our Israeli Wine Meets Canadian Cheese event in partnership with CJPAC that included 600 of our closest friends on the Hill. 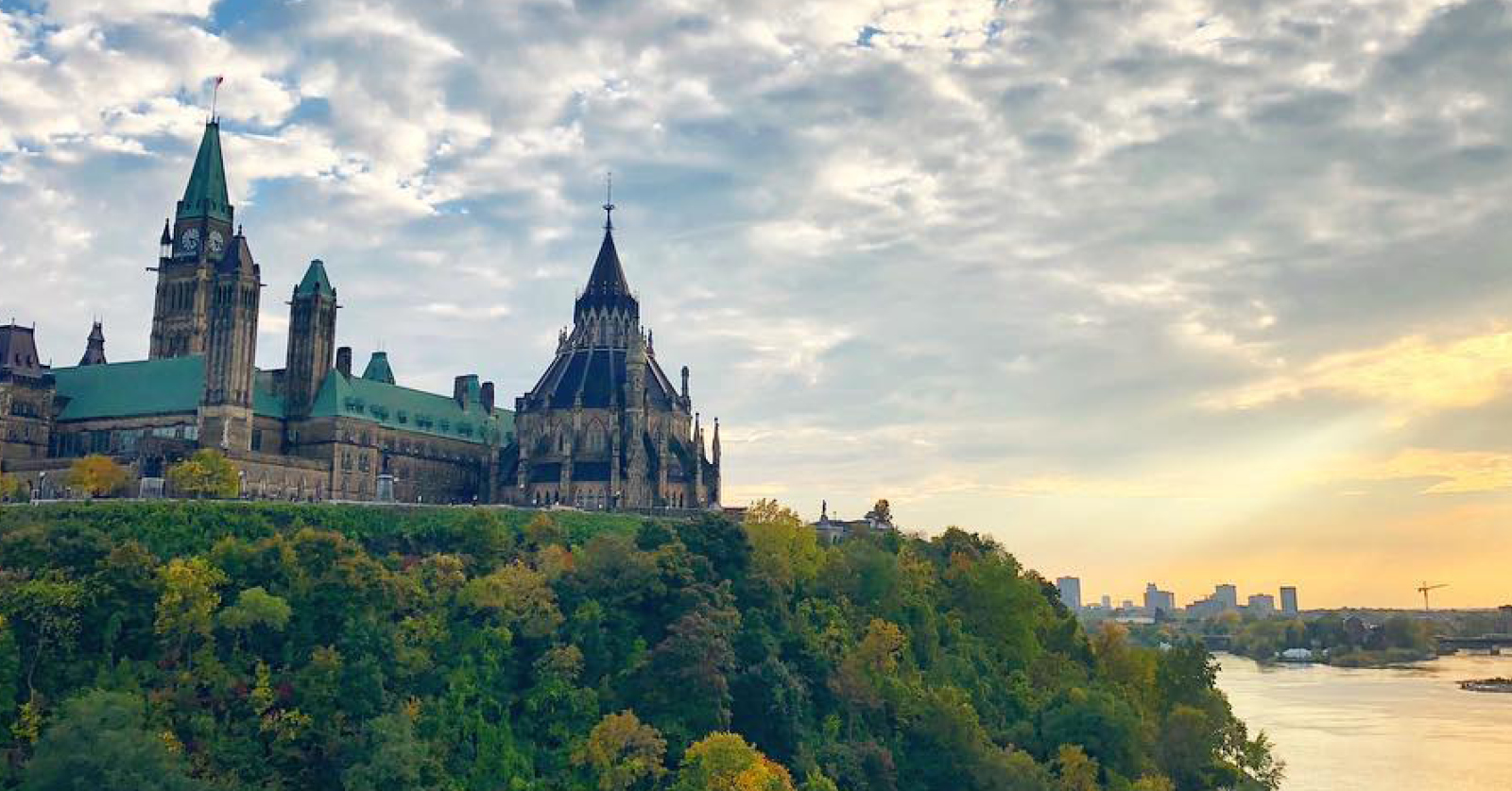 What are we working on this session?

The long answer is: please download our Federal Issues Guide!

The short answer is: here are a few key issues to watch in the coming weeks.

We are launching a national campaign to have government and police adopt the International Holocaust Remembrance Alliance (IHRA) definition of antisemitism.

Advancing Inclusion for People with Disabilities

In partnership with Federations and Jewish social service agencies across Canada, we are urging Parliament to pass the Accessible Canada Act, which establishes federal access standards for people with disabilities.

Volunteers are the lifeblood of Canada’s charities, including Jewish non-profits that deliver life-changing services to society’s most vulnerable. We believe the federal government should amend Canada’s tax laws to recognize the intrinsic value of volunteering.

We care deeply about persecuted minorities overseas and want to ensure the system allows for rapid support to help those, such as Yezidis in Iraq, facing extreme threat. We also note that a significant number of individuals who have been ordered removed from Canada on security grounds continue to evade deportation, including at least one involved in a Palestinian terror group. It’s time to fix the system and end this injustice.

Bill C-59 narrows the definition of the crime of advocating terrorism, restricting it to those who counsel another specific person. Another bill, C-75, risks diminishing the seriousness of some terror-related acts, such as belonging to a terror group or leaving Canada to commit terrorism. We oppose both changes, and we are making our voice (your voice) heard on Parliament Hill.

And, of course, we are going to keep an eye on developments in the Middle East and explain to Canada’s elected leaders the ongoing challenges that face the people of Israel and why those challenges are top-of-mind to Canada’s Jewish community.

P.S. We can’t do any of this without YOU. Please make 5779 the year you get involved in Canadian. Jewish. Advocacy. Attend our annual grassroots consultations. Join us as a digital advocate. Share our content on social media. Write to us to learn how

P.P.S. We receive hundreds of messages of support from our community every month. Thank you! Keep talking to us. We’re listening.

A Word from Our Chair, CIJA Publications
Posted on October 10, 2018
© Copyright 2015 CIJA. All rights reserved.
Legal and Privacy Information