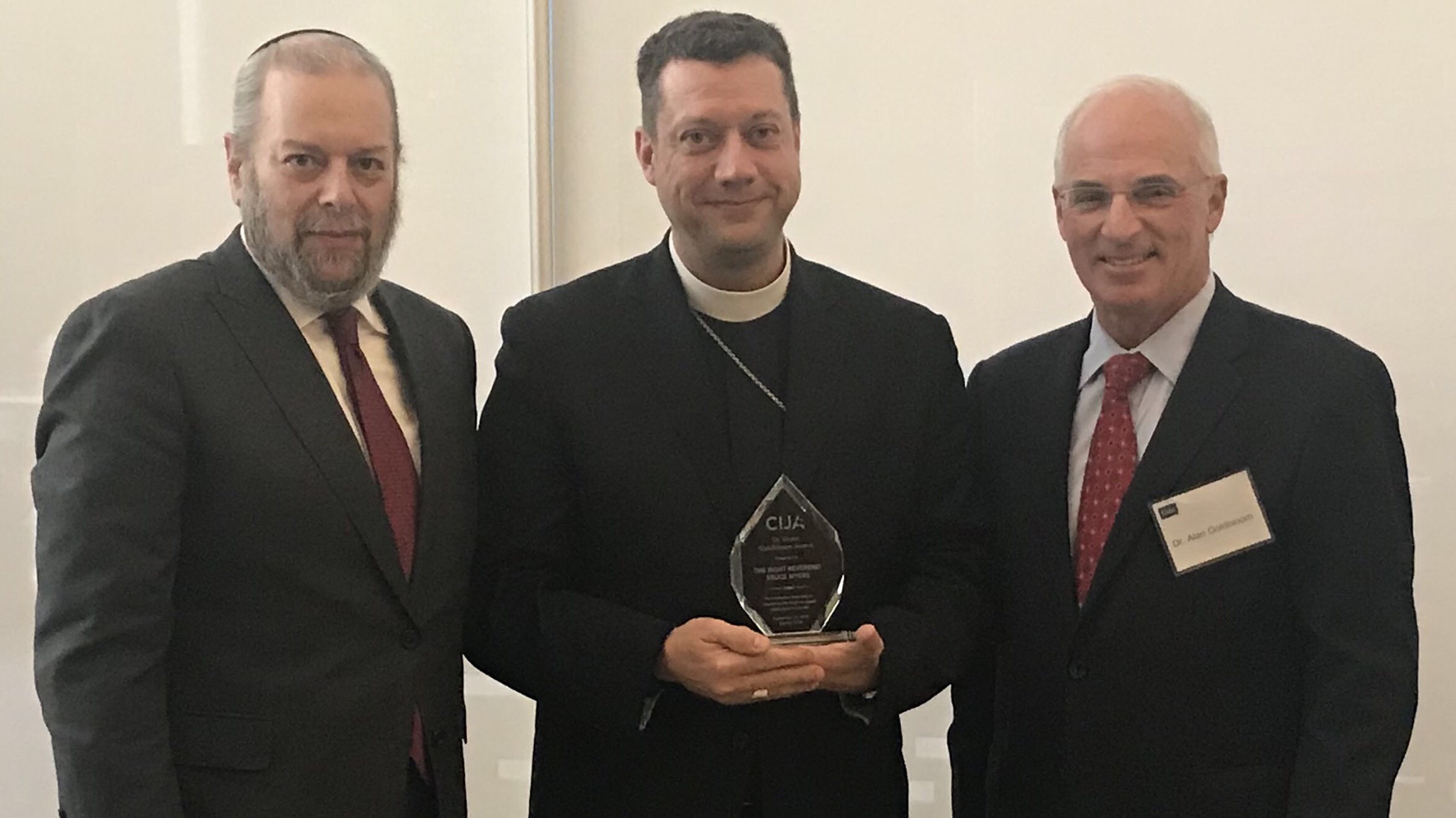 Bishop Myers’ leadership led the General Synod of the Anglican Church of Canada, which took place in Vancouver in June 2019, to delete a prayer from the Book of Common Prayer calling for the conversion of the Jews and replace the text with a prayer for reconciliation with the Jews, which asks forgiveness for acts of violence and prejudice committed by Christians against Jews. The resolution, which passed with nearly unanimous support, will proceed to the 2022 General Synod for final ratification.

In response, Shimon Fogel, President and CEO, the Centre for Israel and Jewish Affairs, issued the following:

“In our evermore diverse society, true dialogue and genuine respect between different faith groups and communities are essential. And at a time of rising antisemitism around the world, including in Canada, for the Anglican Church of Canada to replace a prayer for the conversion of the Jews for one for the reconciliation with the Jews is a very meaningful and welcome gesture.”

“The overwhelming approval of the change by all three orders of the General Synod — the laity, the clergy, and the bishops — shows how supportive the Anglican Church of Canada is. Our Church stands for reconciliation with the Jews, our elders in the faith, and against all forms of antisemitism.”

“I am grateful to CIJA’s Canadian Rabbinic Caucus for its help and guidance in developing the new prayer.”

While Dr. Victor Goldbloom’s son Jonathan was unable to attend, his nephew, Dr. Alan Goldbloom, represented the family and delivered remarks on its behalf.