A Word From Our Co-Chairs: An incredibly disturbing report…

Media have exposed a damning report by the ethics office of the UN Relief and Works Agency (UNRWA). 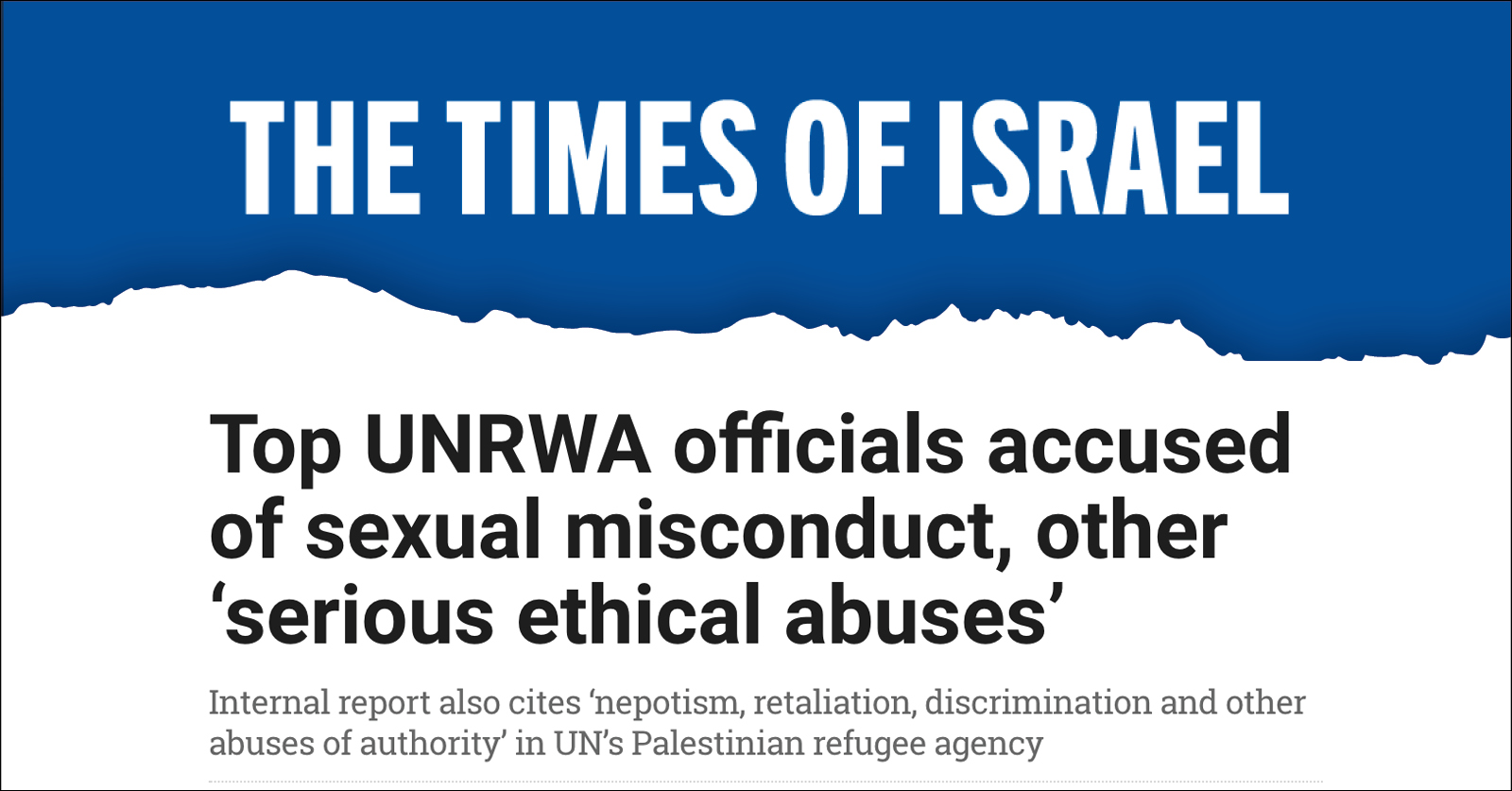 In other words, whistleblowers have uncovered what we have long known to be true: UNRWA is toxic and must be held accountable.

Contrary to reports, Canada’s funding commitment to UNRWA was fully paid out last year – and there is no new funding on the horizon. This is why we are calling on the Government of Canada to impose a total moratorium on new funding for this tainted agency until a real investigation is completed and real change is implemented. This would be in keeping with similar announcements this week by the Dutch and Swiss governments.

Over the years, we have raised alarm bells about UNRWA’s disturbing record and the danger of donor funds being abused. Its top officials have routinely violated UNRWA’s pledge of neutrality by voicing hostility toward Israel. Its staff have been implicated in fomenting antisemitism and abetting terrorism. It has failed to put an end to anti-Israel incitement in its schools. And its facilities in Gaza have been repeatedly misused by Hamas fighters.

Should we be surprised by this appalling record? By its very mandate, UNRWA perpetuates rather than resolves the Palestinian refugee situation. Palestinians are the only group that, by UNRWA’s definition, inherits the status of refugee…no matter where one lives. And UNRWA is the onlyUN agency with a sole focus on supporting one refugee group.

Like an overwhelming majority of Israelis, we desire not only peace and security for Israel but a better future for Palestinians. These latest allegations confirm that UNRWA continues to betray this cause. It’s time for countries like Canada to take action.

A Word from Our Chair, CIJA Publications
Posted on July 31, 2019
© Copyright 2015 CIJA. All rights reserved.
Legal and Privacy Information